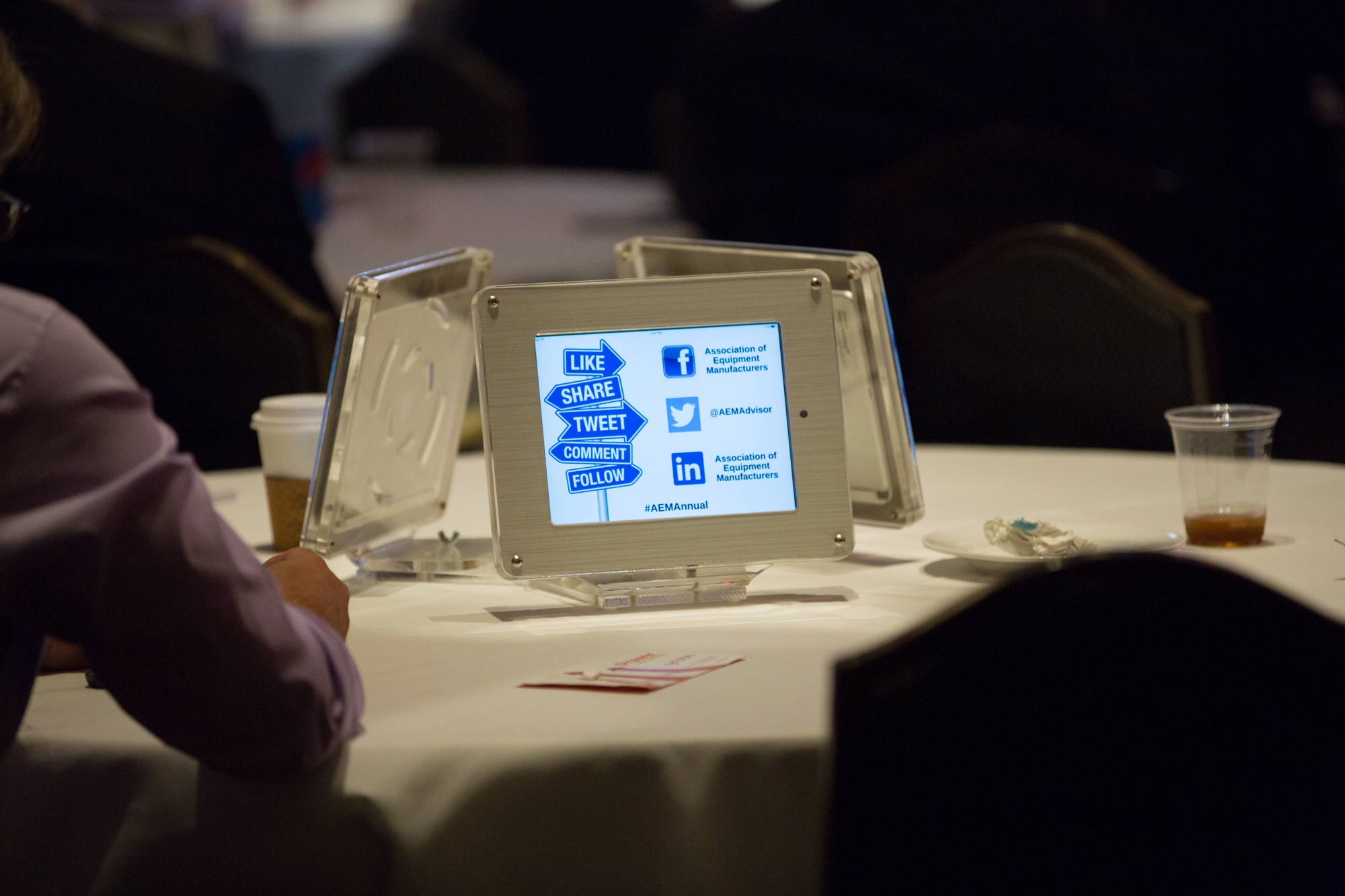 “Question authority”.  This is a concept that we first heard at an employee meeting we produced for one of our favorite clients, and is a philosophy we have introduced to our own production team. For us, questioning authority means the ability for everyone on our team to ask questions and make suggestions, because they’re experts in their individual roles. Each member of our team has their individual role, and we trust them to make the tough decisions as well as question calls we as directors have made.

When the ballroom is filled with haze and intelligent lighting is moving through the room, you’ll find Ian behind his lighting board.

Collin and Jeremy lead a team that make both company CEOs and all those 1990 rock bands who perform at the finale dinners sound just right.

Behind the scenes at a show

If you walk by the ballroom late at night and see a grid pattern on the screen, it’s Glen and his guys fine-tuning the projection image until it is perfect.

When a presenter has last-minute graphic changes, they are directed to Ron and his team.

The camera crews that document the events and create the show ending videos are directed by one of the two Dans.

And if there are multiple I-Mag cameras or if a large set is involved, you can bet that Doug is in the room somewhere.

Another behind the scenes look

We create and carefully plan a synergistic team. Our team is the reason for our success as an event production company.  And while each department has their own individual roles and are rocking from the minute the load-in starts until the last piece of gear goes back on the truck, they also know that they can approach us to raise questions across every aspect of the production.

“Question authority” is at the core of our production philosophy and plays an important role in making sure that each event we produce comes off successfully and safely. We trust each of our lead techs/team members because we personally bring them on our team for their experience and expertise. We expect them to be accountable for their area, but we also expect them to contribute to the project as a whole.